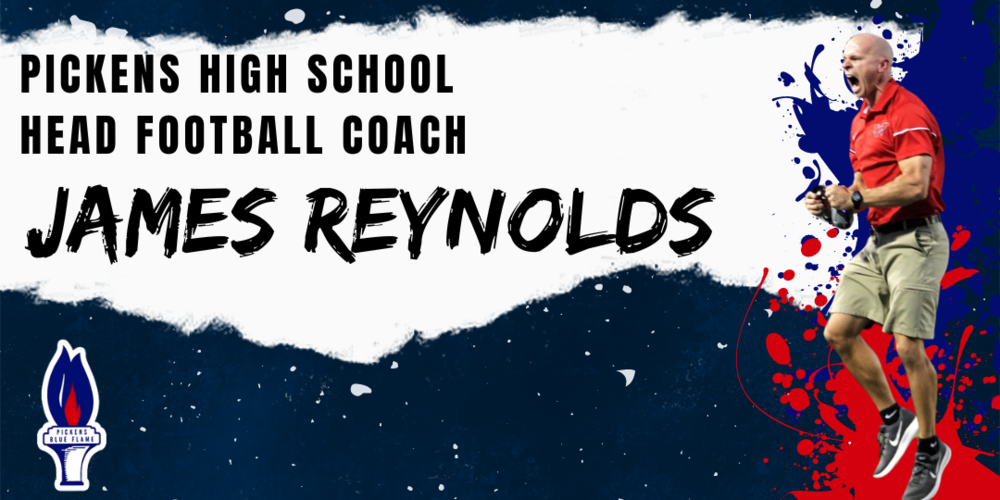 The School District of Pickens County Board of Trustees has approved the selection of Mr. James Reynolds as Pickens High School's new head varsity football coach.

Mr. Reynolds joins Pickens High from a field of 64 outstanding applicants with an impressive resume that includes a combination of exceptional teaching and coaching experiences as the foundation for his success-driven athletics programming, which emphasizes character-oriented leadership for the students he has served in the classroom and on the field.

Reynolds graduated from Hammond School in Columbia, SC and earned his Bachelor’s degree in English from The Citadel, where he lettered in football playing cornerback, wide receiver, and special teams and also ran and was a long jumper for The Citadel Track and Field Team. With 4 years of experience as a Head Football Coach, along with 7 years as a Head Track and Field Coach, Reynolds brings a great deal of knowledge and experience with him from serving in coaching roles in multiple positions. Most recently, he has served as Assistant Head Football Coach, Assistant Athletic Director, and Social Studies Teacher at River Bluff High School in Lexington, SC. Prior to taking the position at River Bluff, Coach Reynolds was the Defensive Coordinator for Irmo High in 20-21 where the team recorded 3 defensive shutouts in 8 regular season games and advanced to the 3rd Round of the 4A Playoffs. He served as Head Varsity Football Coach, Football Program Director, English Teacher, and P.E./Weight Training Teacher at Ben Lippen School in Columbia where his teams made 3 consecutive playoff appearances with the 2019 and 2020 teams both finishing 3rd overall in the state. Prior to taking the position at Ben Lippen, Coach Reynolds served as Defensive Coordinator, Asst. Head Coach, and English Teacher at Westwood High School in Blythewood, SC.

“Coach Reynolds has a high level of energy and drive, and a strong ethical fiber that aligns with our vision for the program. He will be the kind of leader and mentor that will help our student-athletes thrive. We are excited for the next chapter of Pickens football under Coach Reynolds,” said Principal Jeff Duncan.

“When I think of James Reynolds the words ‘intensity’ and ‘attitude’ are the first things that come to mind. From the time I met him as an undersized rec football player throwing every ounce of his undersized weight into every hit, through his walking on to The Citadel

“In the 24 years I have been associated with athletics, I have never come across a coach that has been more dedicated to his team and players as James Reynolds. An overachiever as a student-athlete at The Citadel, this man does not know the meaning of

the phrase ‘I can’t do it.’ The energy he brings to every task he is assigned is infectious and his students and players feed off of him. His ability to inspire and motivate young people is second to none, whether it be the classroom, weight room, or playing fields.”

He will assume his duties in mid-February, and a formal meet and greet will be scheduled in January/February. 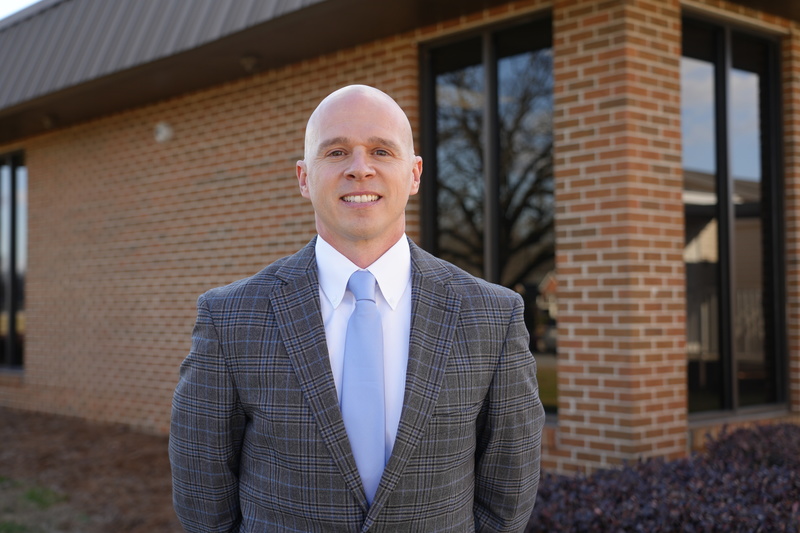